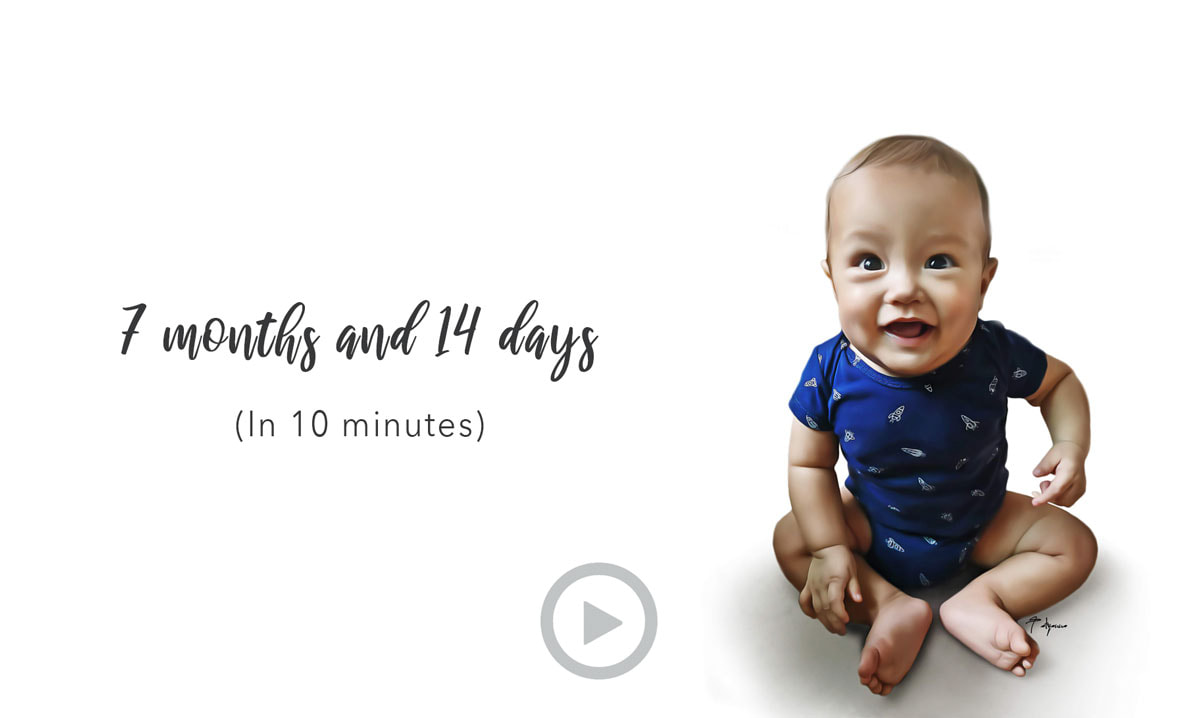 Live out the #MightyMateo legacy.

by Joanna Blanding
Like our first pregnancy, Mateo was a bit of a surprise to us. As is the case with both our kids, we didn’t plan for when we wanted to have them. We just allowed conception to happen!

When I learned about my pregnancy with Mateo, I decided not to catch Mike off guard this time. He still fondly talks to friends about how I chose the “best” timing to tell him I was pregnant with André—right before he was going up the stage to sing.

I took my moment with God internalizing the wonderful surprise of having another life in my womb. It felt like an undeserved gift. I shared with Mike the news finally on the fourth day upon knowing. He was delighted.

My pregnancy with Mateo was very smooth throughout. I had the usual lethargy, heaviness, and bloatedness during the first trimester. The second trimester brought about a surge of new energy that allowed me to marathon the writing of my first book. The third trimester, like with André, felt like having a suitcase strapped on my belly. My husband gives me big babies.

Mateo came out at 4.1kg. He was born in the most distinct, unusual, and, must I say, supernatural way.
He Took His Time

On my 38th-week check-up, the doctor caught us by surprise, “Didn’t you know that you are already over 5cm dilated?” In ObGyn speak, from 4cm dilation of the cervix, the mother goes into active labor. But I didn't feel any of that at all!

I wouldn’t attribute it to being strong or having a high threshold for pain. From my CTG (the machine that checks the uterine contractions), there were just a few, sporadic, not-too-strong-I’d-cringe contractions. It was strange even for the nurses.

Our doctor, Dr. Ben, admonished us to get admitted to the hospital immediately. He knew that my previous labor to André was quick—90 minutes tops. If we wanted Mateo to be born in the hospital and not at a Kopitiam (a coffee shop), which was our plan, we better get ready now.

André, our first, was born at home. We had planned for it. This time around, with the busyness of having a toddler, we thought it’ll be best to give birth in the hospital. At 38 weeks, we checked in and looked forward to being with our new baby in a matter of hours.

​Ten hours after, nothing. There were contractions but not often and not strong. The doctor was baffled. He’s a great doctor. But like all doctors, they have not seen everything. And he had not seen my case before. I was between 7 to 8 cm dilated, and was having coffee and cake at the downstairs shop with Mike and our doula! 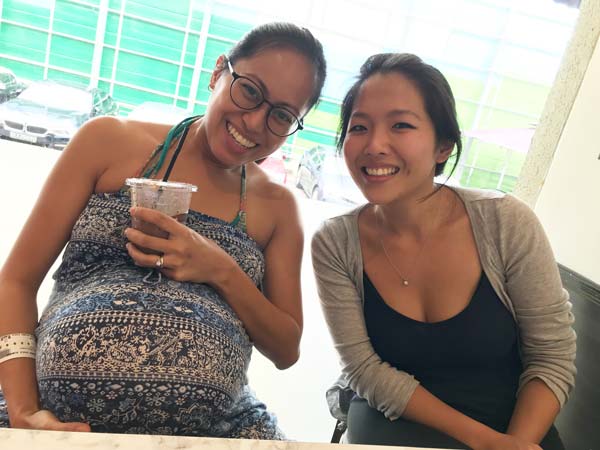 With our doula, Leila, having coffee while waiting.
We felt that it wasn’t time yet. We didn’t want to have the pressure to rush things when Mateo wasn’t ready yet. He was healthy inside. I was doing fine. So we signed an indemnity form to be released by the doctor from the hospital—all while my cervix was open the size of a baseball!

For seven days, we were out and about, while exercising caution and making sure we were just five minutes away from the hospital. We went to the park, went swimming, visited friends, had many meals with visitors at home, and spent lots of time with André. It was a wonderful time of waiting.
​
My prayer throughout was that God would take away my anxiety. Part of me was concerned about the traffic jam in our neighborhood during the day. What usually will take five minutes can take up to 15 minutes on that busy road. We can’t afford to be on the road for 15 minutes, plus maybe 5 minutes to get a car, and another 5 minutes to get to the delivery room, if all I have is about 90 minutes to birth this child as per history! So we prayed specifically for labor to start after midnight when the roads are empty.

And on August 2, that was what happened. Mateo came out at around 4am after two hours of manageable labor. There was pain, like that of doing a HIIT exercise on the 40th minute, but it was not excruciating. There were no medicines and I didn’t have to be stitched. It was a birth I felt was such a gift.

It was only after we held our new little boy in our arms that we decided he’d be named Mateo David.

Mateo is from the English name Matthew which means “a gift of God”, and David is Michael’s second name, and Michael’s father’s first name, which means “beloved.” His name couldn’t be more perfect.
A Gentle Spirit

If you’ve met our Mateo, you’d agree that he had such a gentle, relaxed, and joyful personality. He was not easily made uneasy by anything—whether it was a delay in his parents’ response for food, a cuddle or a nappy change; or the hot weather in Singapore; or his brother’s playful screaming; or even pain. His cries during routine vaccinations were controlled and quickly pacified.

My recovery from delivery was quick. On day five, we were already at church. It wasn’t because of any of my doing. It was mostly because Mateo had started sleeping well from day one and so I had plenty of rest. His sleep during the first week was for four hours. On the second week, he started sleeping for six or even eight hours. Always one to consider medical advice juxtaposed my pro-natural stance in life, I asked the doctors if I should be waking him up from his sleep for feeds. They affirmed that I didn't have to because he was growing well after all.
During Mateo’s long naps, and while André was in school, I’d go back to writing or recording videos for my work projects. While I could have taken a solid maternity leave from my work-from-home business, I had so much time to do these things! With the help of my husband and our loving helper Rodely, rearing Mateo in those seven months of his life was a treat!

We had taken Mateo to lots of our missional undertakings during his early life. He slept well through an evening session on fighting trafficking of children, and was quiet and content during a whole day session at the Justice Conference. I knew he was agreeing with us as we pursue our mission as a family.

When this brain and blood bacterial infection hit him on the first day (before we knew it was that), he didn’t cry so much. His exhibition of seizure was very gentle, not the convulsing type. He surely didn’t want us to panic.

Our beloved little Mateo has gone to heaven on March 16, 2020. His little body couldn't recover from the damage caused by his hyper immune response to the bacterial infection. He spent 15 days in the ICU. His body in heaven is NOW made perfect. We take comfort in that.

People all over prayed for him, showed their love to Mateo and our family, and came together as a church in spite of the physical distance. His life has brought people to pray more deeply, has caused people to pray for the first time, and has resulted in reflections on what life is all about. For us, his parents, he was a gift from God, and our gift back to God. His giggles will truly be missed. 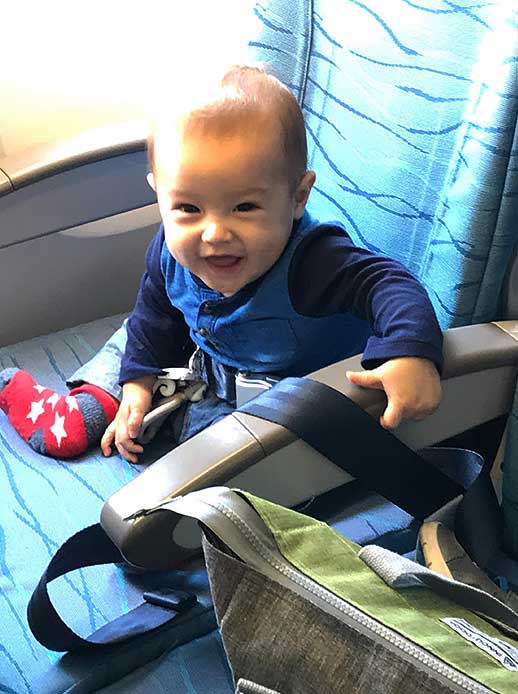 "Therefore go and make disciples of all nations, baptizing them in the name of the Father and of the Son and of the Holy Spirit," - Matthew 28:19. As young as our Mateo was, his story has already been going out to people to let them know who his good God is who gives such good gifts like himself.

The #MightyMateo Legacy lives on.

Our little Mateo was highly involved in our efforts to fight online sex trafficking of children in the Philippines during his seven months of life. We believe that he'd love for us to continue this legacy.
Read more about it here.